McKenna is a 2008 OTTB registered as Many Little Kisses.  She was born February 14, 2008 in Washington state.  She raced 23 times, winning over $18,000 before coming off the track in Nov/Dec 2012.  She was bought by a woman who put her in training to be a hunter/jumper, but after 8 months decided to sell her.  My barn owner found McKenna's ad online and she arrived at our barn on September 30, 2013. After almost two years I made the decision that she wasn't the horse for me and sold her just after Christmas 2015.  She's now owned by a lovely teenager and becoming an event horse. 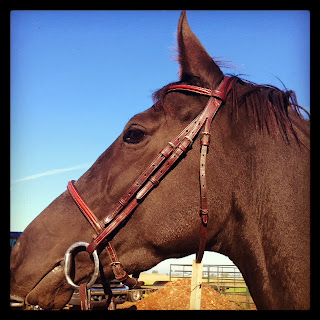 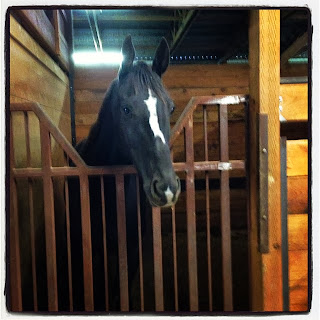