Out with a Bang

Peebs and I had another great weekend at A's this past weekend, with a breakthrough lesson and a couple good hacks.  But the real terror excitement happened when I was hauling Peebs home, about two minutes away from the barn. To get to my barn, I take a little connecting road that goes between two main roads. It's maybe 2 miles long, if that.  In the direction I was heading, there's a S-curve going downhill and into the setting sun. Since I was hauling the trailer, I was going maybe 30 around the corners, which is the posted speed.  Once you drop out of the curves, there's about a 3/4th mile long straight stretch, ending in a four way stop.  One side of the road is grass seed fields, and the other has a couple houses, a hay field/cow pasture, a fruit and veggie farm, and a kid oriented boarding barn.

Apparently people were anxious to get home because a Jeep passed me, then a little blue sedan tried to pass me as we were on the straight stretch.  The Jeep gave me plenty of room but the sedan tried to pass me about a quarter mile from the stop sign.  I was worried because the sedan didn't step on it, and I knew there was no way they'd make it around me and be able to stop at the intersection without cutting me off and slamming on their breaks. So I started backing way off because I didn't want to rear end them. 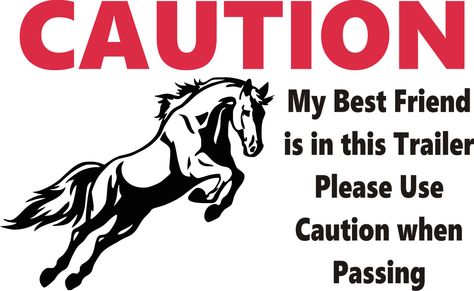 As we passed the boarding barn, a silver car appeared in the driveway and I could see the driver look left to see if any cars were coming, then she started pulling out. She didn't look to the right, or else she would have seen the blue sedan trying to pass me. Blue car was at the front of my trailer, and had no where to go.  If they swerved, they'd go directly into the trailer. I was able to watch everything in my side view mirror. Blue car slammed on the breaks, but hit the silver car not quite head on. The crash was super loud and because it happened almost directly across from where Peebs was, and I had his window open, I could feel him spook and scramble in the trailer. I slowed down and stopped as quick as I could, debating weather to go back and check on the people, but I saw doors open and people get out of both cars so I continued on to the barn.

Peebs was super nervous when we unloaded and was calling to the other horses, something he usually doesn't do. I was super shaken and once I put Peebs in his stall I went and sat in my truck till I stopped shaking. All I could think about was what would have happened if the blue car had swerved on instinct to avoid the silver car. I'm sorry they hit the silver car, but thank the deity of your choice they didn't hit me. I drove past the accident site on my way home, and everyone only had minor injuries but both cars are probably totaled.

Posted by outofashes at 2:18 PM

Email ThisBlogThis!Share to TwitterShare to FacebookShare to Pinterest
Labels: hauling